Federal trade authorities in the U.S. have ruled bifacial solar modules will no longer be subject to the Section 201 ruling which applies a 25% tariff to solar panel imports. 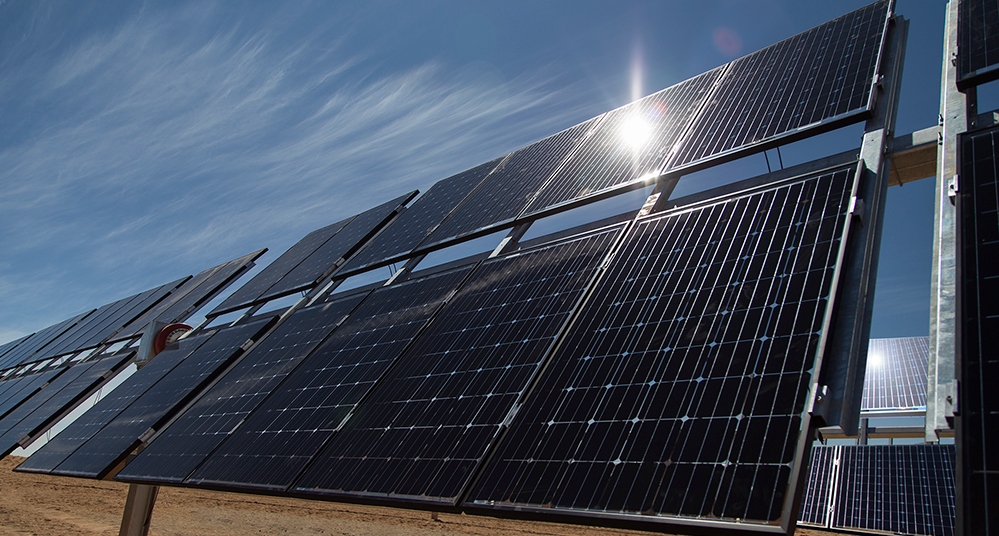 Bifacial panels can expect a significant boost in the U.S. after a ruling they are exempt from Section 201 import tariffs.

Bifacial solar modules have been excluded from Section 201 tariffs as per a ruling by the office of the United States Trade Representative (USTR) meaning bifacial products will no longer pay a fee of 25% on top of the cost at the point of import into the U.S.

The ruling, found in Product Exclusions: Particular Products from the Solar Products Safeguard Measure, states the following products will be excluded:

Other products applied for exclusion from the tariff but in the ruling, the USTR ignored the claims of products with 72 or more cells and those without busbars or gridlines and suggested it would be unlikely to revisit the issue. The ruling does excludes flexible fiberglass solar panels with an output of 250-900 W from the Section 201 tariffs, as well as those with a spacing greater than 10mm between cells filled by optical film.

The effect of the change will be blunted for large projects with long construction timetables but there is probably a developer on the phone right now who sees a chance to change products that are getting put on a boat somewhere, because the savings could be substantial. A module that cost $0.25-0.35 per watt under the import tariff will now save $0.06-0.09/W in the U.S. by switching to bifacial. For developers seeing all-in pricing of around $1 per watt-DC, a system price decrease on that level is significant.

Large scale developers have a delivery window that can be years long – for instance the Palen Solar Project, in its filings with the Bureau of Land Management, suggested solar modules would take 22 months to arrive at the site via more than 8,000 truck deliveries (see table above). Those modules, if delivery had begun this month, would first save 25% up to early February, then 20% and 15% as the tariff declined annually.

As those groups are already going all-in on single axis trackers specifically designed for bifacial modules, it could be utility scale product shifts will be limited as the market has already shifted to greater adoption of bifacial technology.

Given bifacial modules can often be found at a similar price point as standard panels, one might think developers would purchase whichever product is cheaper, even when siting restrictions mean not all the benefits offered by bifacial technology are available. As a result, we should expect to see some cannibalization of the market for standard modules. However, that can only go so far. Manufacturing lines for certain product types can only change so fast. Also, glass on glass bifacial modules don’t fit in the standard module supply chain as easily, as their physical structure requires different installation hardware.

There is a chance the legal change can be exploited on manufacturing lines if Dupont can deliver its clear backsheet to manufacturers who possess dedicated lines selling standard solar modules to the United States, as most modules have some bifaciality.